The UK gaming industry is one of the largest in the world. Out of the 6 largest gaming markets globally, the UK has the largest percentage of their population playing video games. Gamers in the UK also have the highest global usage of consoles and gaming tablets. Not only does the UK have a strong gaming fanbase, some of the largest developers are also based in the British Isles, most notably Rockstar North. The studio is renowned for creating some of the best-selling games in the industry, such as the ‘Red Dead Redemption’ series and ‘Grand Theft Auto V’, the biggest selling console game of all time. With such a gaming heritage, it is no surprise that Twitch is one of the leading gaming hubs in the country. Here are some of the Best British Twitch Streamers you can expect to see on Twitch in 2021. 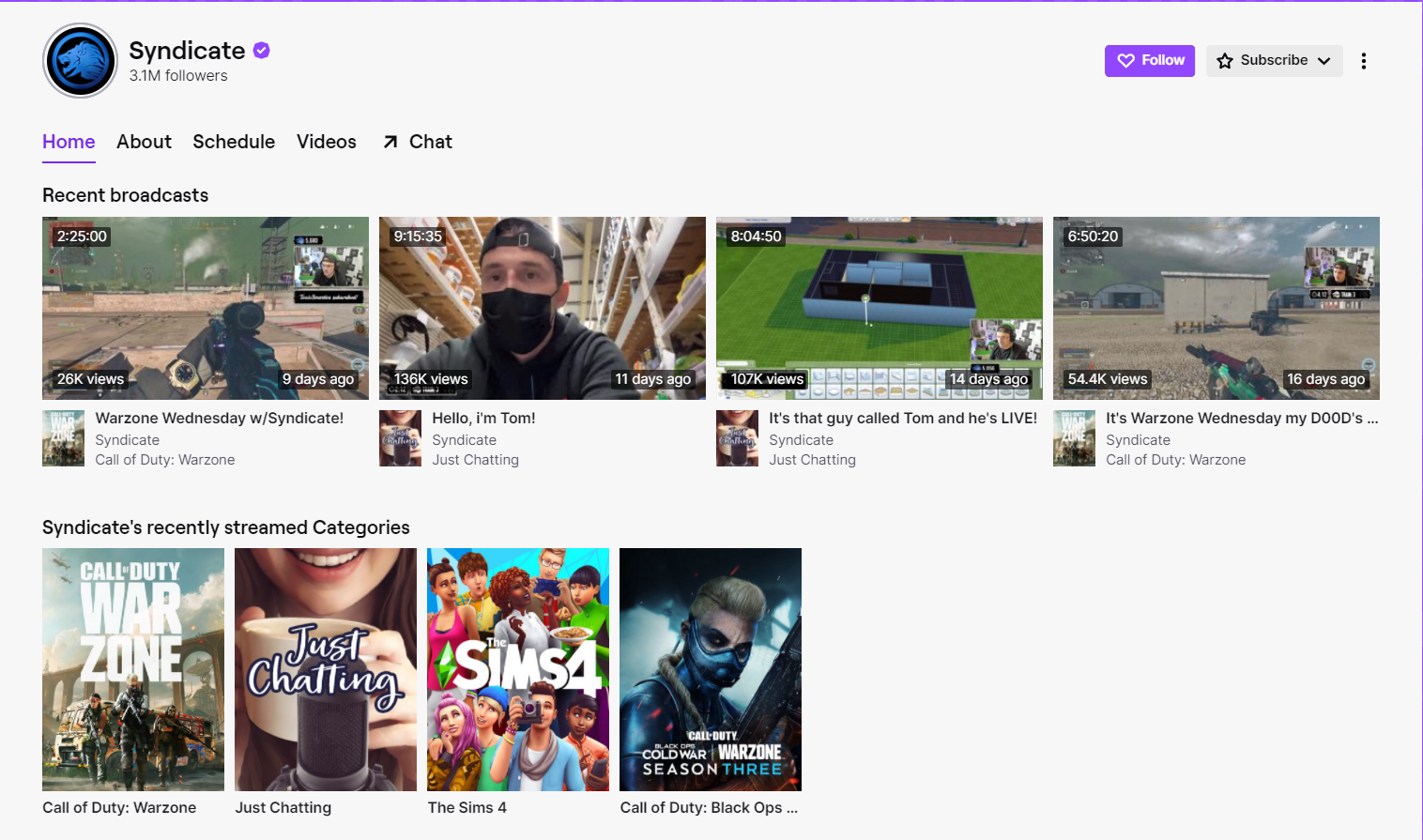 Tom Cassell or ‘Syndicate’ is a YouTuber and UK Twitch streamer, based in Manchester. Syndicate has amassed an impressive 3 million followers on the streaming platform. Streaming since 2016, Tom mainly uses Twitch to cast video game content such as Minecraft and various Call of Duty games. Most recently, Tom has been streaming Call of Duty: Warzone, the third most popular category on the platform in 2021, helping him become a top UK Warzone Streamer. 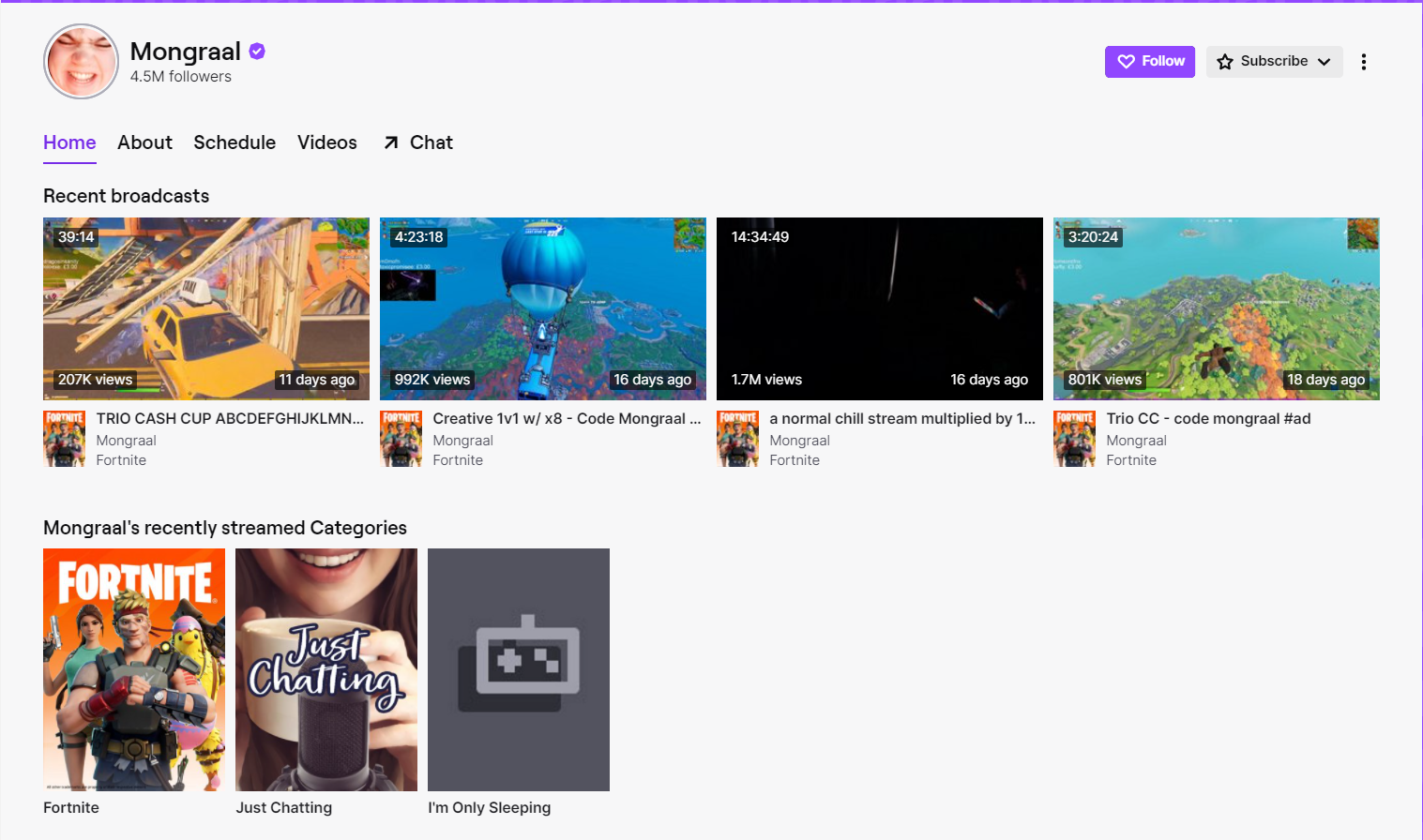 Kyle ‘Mongraal’ Jackson is one of the Biggest UK Twitch Streamers. Aged 15, he is a competitive e-sport athlete for FaZe Clan. He is best known for playing Fortnite, one of the most popular categories on Twitch since its release in 2017. His aggressive gameplay resonates with his audience of 2.7 million followers. He qualified for the Fortnite World Cup in 2018, finishing 13th for Solos and 6th in Duos, earning him an impressive $375,000 in prize money. Not bad for a 15-year-old. 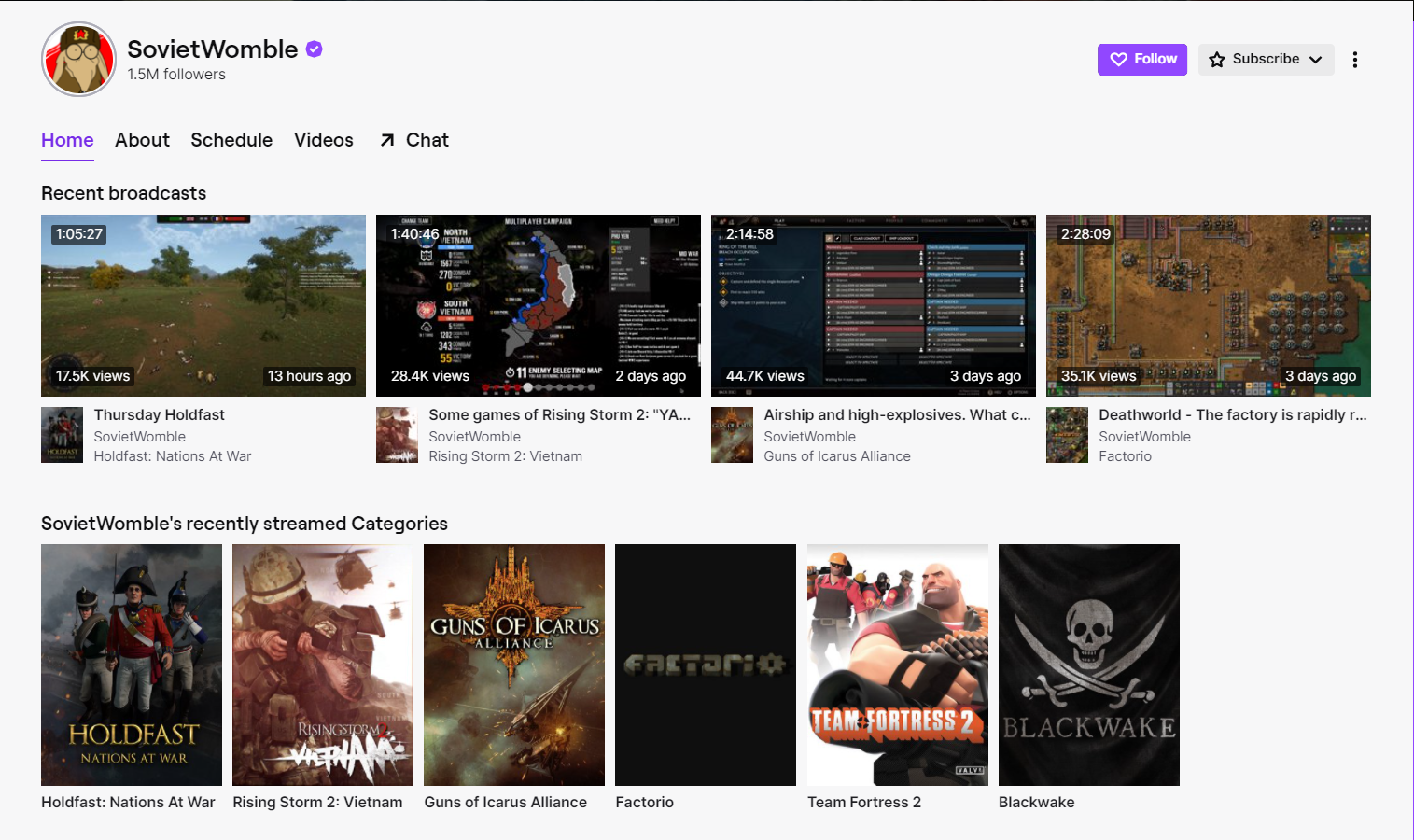 Despite his rather un-British name, SovietWomble is a YouTuber and Twitch influencer based in Brighton. He started streaming in 2014 and quickly amassed a large following on both platforms, renowned for his varied video game content and his ‘Random Bullshittery’ series. Despite staying Anonymous, an unusual stance on Twitch, he has over 1.3 million followers. 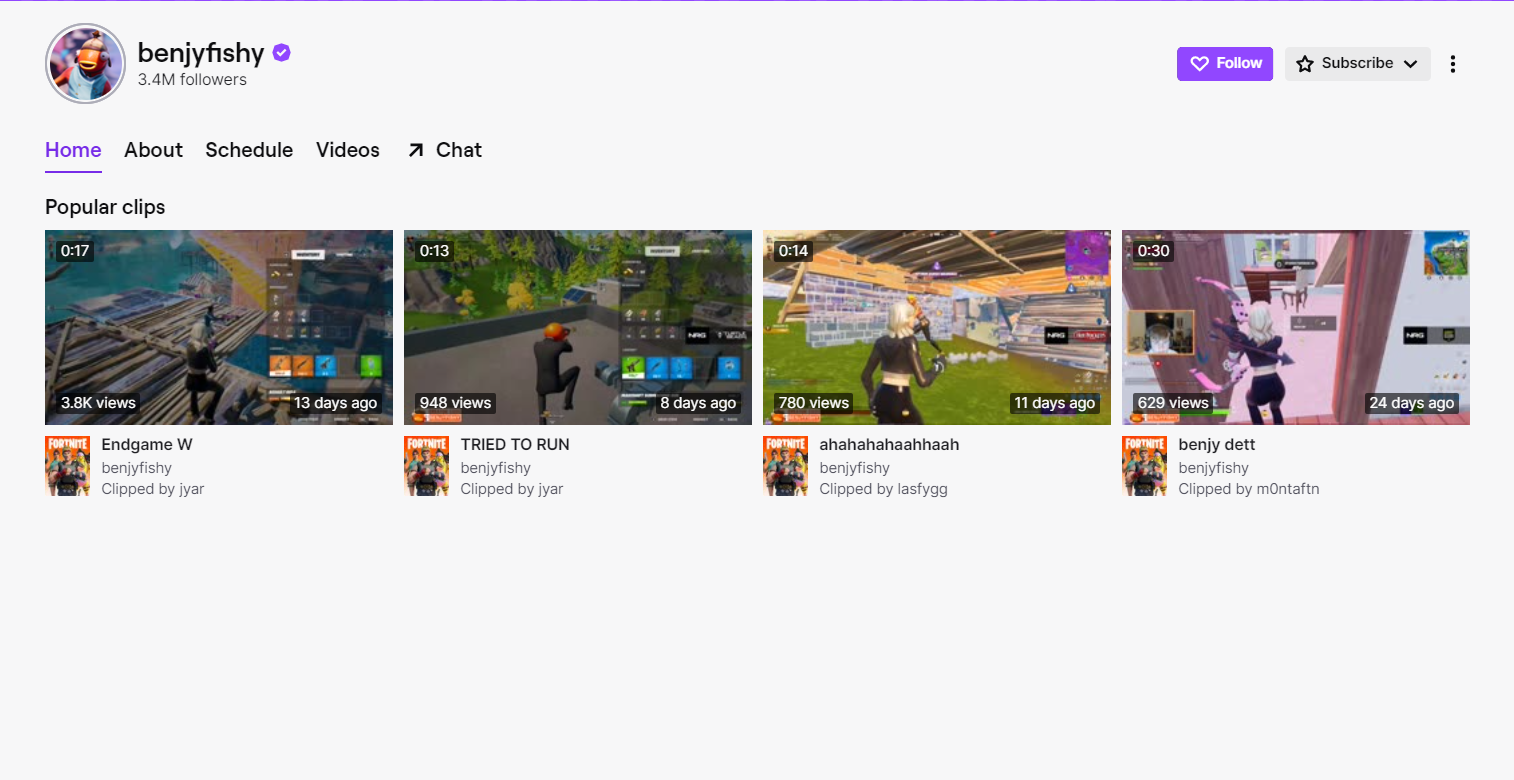 Benjy Fish, or better known by his alias ‘BenjyFishy’ is a competitive Fortnite player who uploads content to his Twitch and YouTube channels. He is well known for his Fortnite ability, qualifying for the Fortnite World Cup 4 times in 2018. He finished 25th in Solos and 14th in Duos with his partner and friend, MrSavage. He earnt a cool $100,000 in prize money for the Fortnite world cup. He has won around $450,000 in prize money in Fortnite tournaments. Aged only 16, he certainly has a bright future ahead of him as a top UK streamer.

A more relaxed streamer, Simon Minter has become a forefront figure in the UK entertainment scene. Starting his career on YouTube, Simon uploaded primarily FIFA videos, eventually forming the Sidemen with 6 other UK YouTubers, including his school friend, KSI. He started streaming on Twitch in November 2016 and quickly gained followers on the platform, thanks to his impressive 5.4 million subscribers on his YouTube channel at the time. Simon is a British streamer that mainly streams games such as FIFA 20, Call of Duty: Warzone and GTA V. 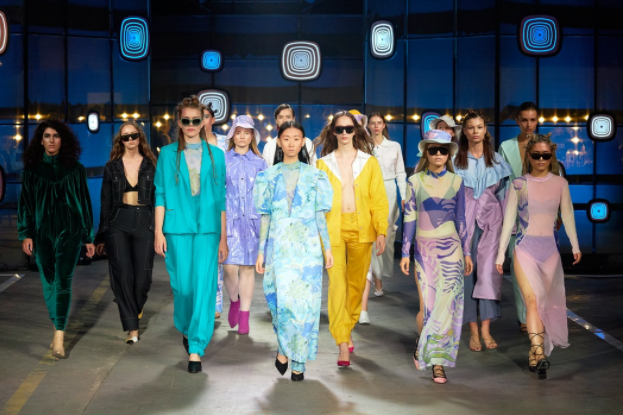 The Most Subscribed YouTubers in 2022
read more 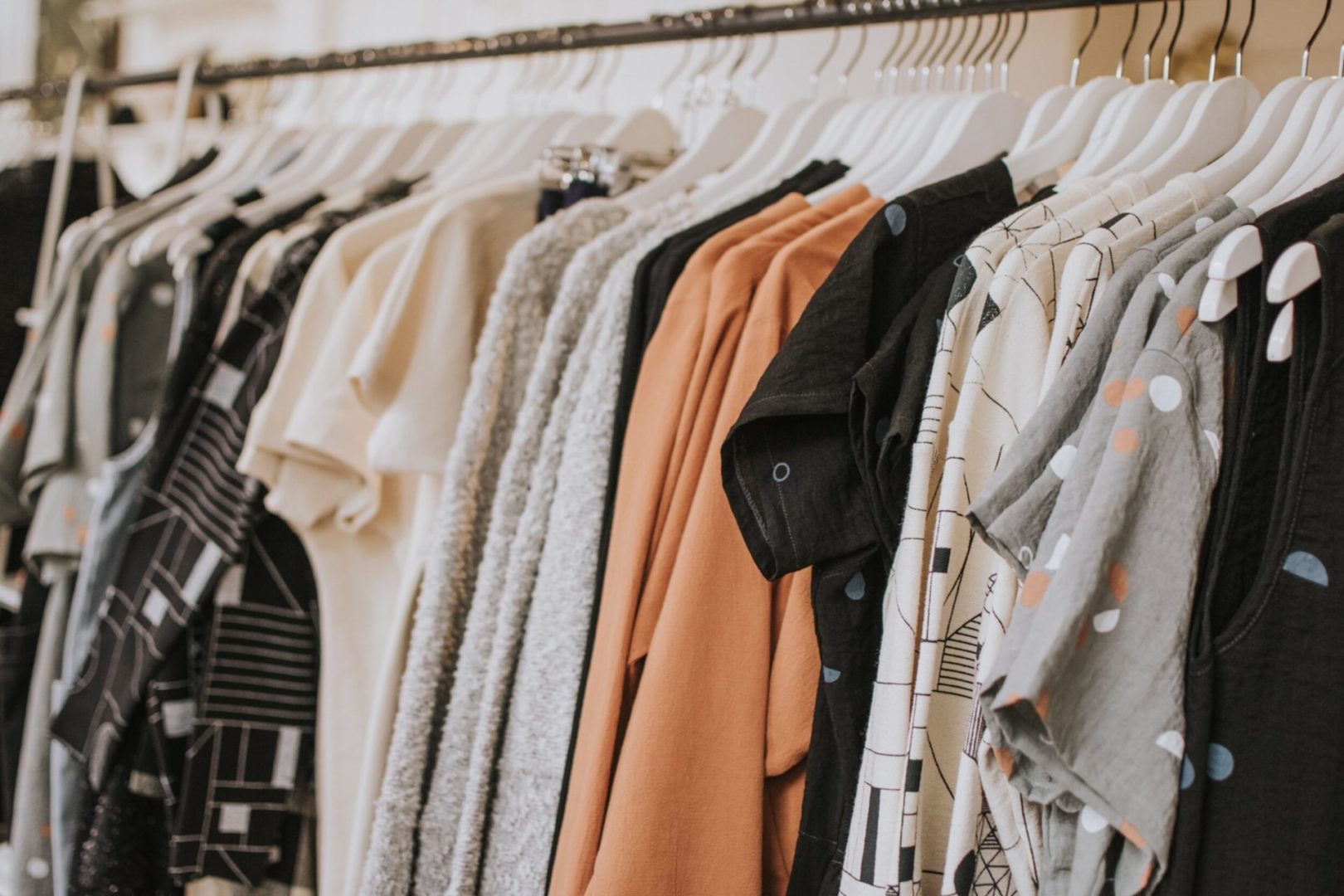