TikTok is currently dominating social media as it is the fastest-growing app with over 1 billion monthly active users. For this reason, many users on the video sharing platform go viral with millions of views and hundreds of thousands of likes. It is not just the videos that cause a buzz within the TikTok community, but also the songs that go with them. The top TikTok songs become popular because they are associated with a trend, challenge or dance routine on the app. As a result, songs of all genres are blowing up on the app with some songs being used by millions of TikTok users. The most famous TikTok songs do not necessarily come from mainstream artists but have been popularised on the app by the likes of TikTok influencers and non-celebrity users of the platform. This means that even the most unknown songs by the most unknown artists have been topping the charts simply due to their fame on TikTok.

TikTok is an app that is recognised for users experimenting with their creativity. This has led to many hit songs that we all know and love being remixed by TikTok users which have quickly become TikTok trending songs.

Let’s take a look at the most popular TikTok songs that are stuck in everyone’s heads.

This song is taking TikTok by storm as it has been featured in 1.9M videos on the app. It is almost impossible to avoid this song on TikTok as it is being used by the majority of users on the app. ‘Drivers License’ isn’t being used for a particular trend or challenge, which might explain why TikTok users everywhere are obsessed with this song. From makeup tutorials to romantic storytelling, this pop song is suitable for any video. ‘Drivers License’ is actually Olivia Rodrigo’s debut single, which proves that an artist does not need to be established within the music industry to turn heads on TikTok.

2. Buss It by Erica Banks

This song is arguably one of the most popular songs in TikTok history and it also samples Nelly’s famous 2002 hit, ’Hot in Herre.’ The rap song’s sound has been used in 5.9M TikTok videos. Much like many popular TikTok songs, ‘Buss It’ reached the Billboard Hot 100 thanks to the sound being used in a TikTok challenge. #bussitchallenge was created by Erika Davila, an avid TikTok user, who posted a video of her casually dancing to the song before dropping it low in time for the song’s beat drop. In her video, Erika challenges other users to use this sound by using an editing transition to showcase a transformation from laid-back clothing to a glamorous look. The sound now has 3B views on TikTok, with Erika Davila’s original video receiving 19.5M views. Many celebrities and social media influencers such as Iggy Azalea and Bella Poarch have taken part in this challenge.

@szaATTTEMMMPPTINGGG@bgottfanns 😩♬ FOLLOW ME IF YOU LOVE SZA – i am not sza.

At the end of 2020, an unreleased song by SZA, a famous R&B artist, quickly became trending on TikTok. Thanks to TikTok user @bgottfanns coming up with powerful choreography for this song, the sound has been used in 1.3M videos. After being dubbed #shirtdance, this dance trend has been viewed 122.4M times. Many TikTok influencers such as Charli D’amelio have participated in this dance challenge which has boosted the popularity of the dance routine. Even SZA herself took to TikTok to show off her dance skills to the choreography.

5. Streets by Doja Cat x Put Your Head on My Shoulder by Paul Anka

TikTok user @giuliadinicolantonio remixed Doja Cat’s ‘Streets’ with Paul Anka’s 1950s hit ‘Put Your Head On My Shoulder.’ The song became extremely popular on the app after it was turned into a trending challenge. #silhouettechallenge shows users posing in their doorways which then shows a transition of their silhouettes against a red background. The challenge has 320.1M views on TikTok and has also been completed by celebrities such as Lizzo and Chloe Bailey.

This 1979 pop song has been revived on TikTok thanks to Boney M posting footage of one of their live performances of the famous song. Since then, #rasputindancechallenge has been created on the platform which displays users imitating Boney M’s dance moves during their stage performance. The hashtag currently has 38M views. The fact that this song is one of the most popular TikTok songs shows that TikTok is the perfect platform for old school songs to resurface. TikTok’s young demographic are enjoying music that they otherwise would not have heard of.

Rihanna’s 2016 song is being used as a famous TikTok trend. Similar to the #bussitchallenge, this song is being used with a video transition to show a visual transformation or glow up. #desperadoschallenge has 12.8M views. The song is also popular among users outside of the challenge, being used in a number of different videos from lip-syncing to special effects.

Many TikTok users were born in the noughties, so it comes as no surprise that Nelly Furtado’s 2006 single ‘Promiscuous Girl’ is a popular TikTok song. The song is not used for a specific trend or challenge, but it has been used as the foundation of dance videos.

This 2011 hit is popular on TikTok as it has been used in 4.6M videos. At the start of 2021, TikTok user @goolir, created a simple yet fun dance routine for this throwback song. This choreography has caused the likes of TikTok stars such as Addison Rae to post a video to this dance routine.

10. So Pretty by Reyanna Maria

Reyanna Maria is a dedicated user of TikTok and frequently posts duet videos with other TikTok musicians to showcase her singing skills. After creating a Duet with @katoproducer, her lyrical style has earned her recognition on TikTok. The comment section on this video is filled with users applauding her for her talent and urging her to turn the video into a real song. ‘So Pretty’ was then released in January 2021. Reyanna Maria’s song was also featured in a TikTok challenge as the #soprettychallenge. This is also similar to other TikTok trends where a transition showcases makeup and outfit transformations. The challenge currently has 4M views on TikTok.

What is the most popular song on TikTok ?

‘Laxed (Sired Beat)’ by Jawsh 685 is currently the most used song on TikTok. It has been featured in 50.4M videos across the app. Jason Derulo later recorded his own version of the song, ‘Savage Love’ which reached Number 1 in the Official Singles Chart and is one of TikTok’s famous songs.

What song is trending on TikTok ?

‘It’s Not The Same Anymore’ by Rex Orange County is one of TikTok’s trending songs. It has been used in 97.8K videos on the platform. Many users on TikTok are using the lyrics of the song to show how their faces have changed over the years.

How do songs go viral on TikTok ?

Most TikTok songs go viral on the app thanks to being incorporated into trending challenges and dances which usually get the attention of TikTok stars and celebrities who have millions of followers on the site. 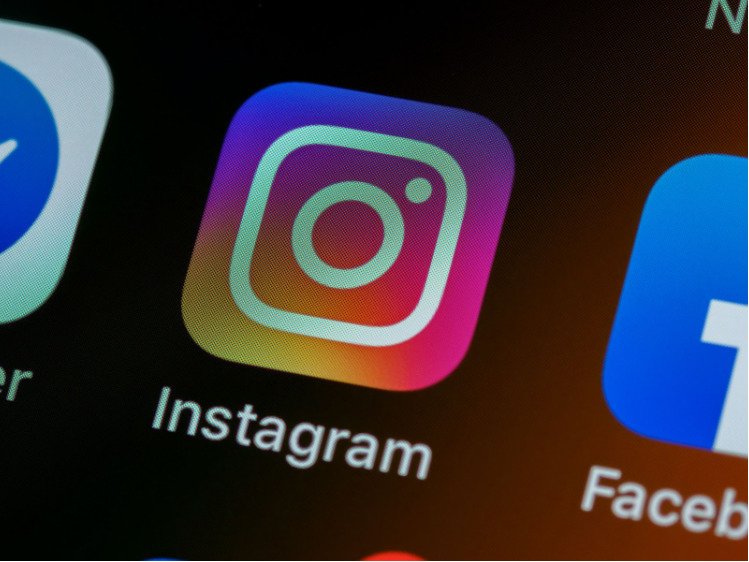 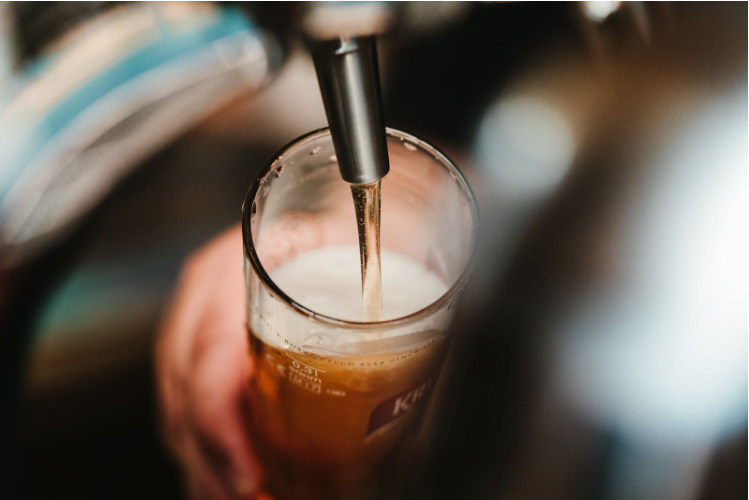 The Beer Influencers on Instagram to Cheers to
read more 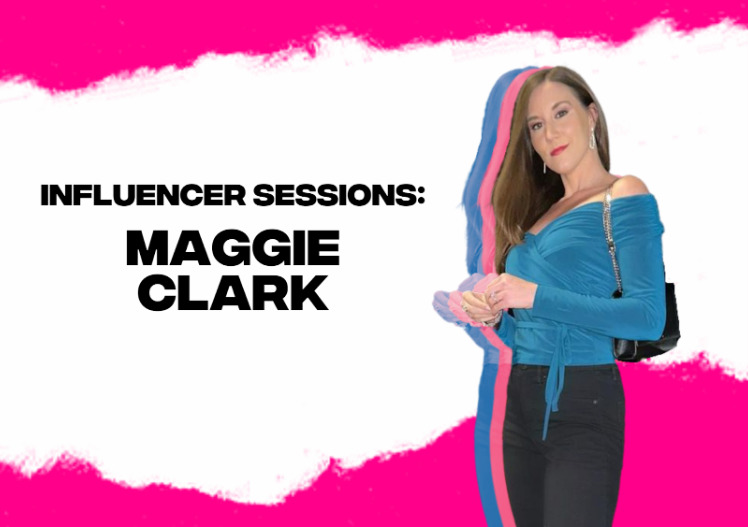 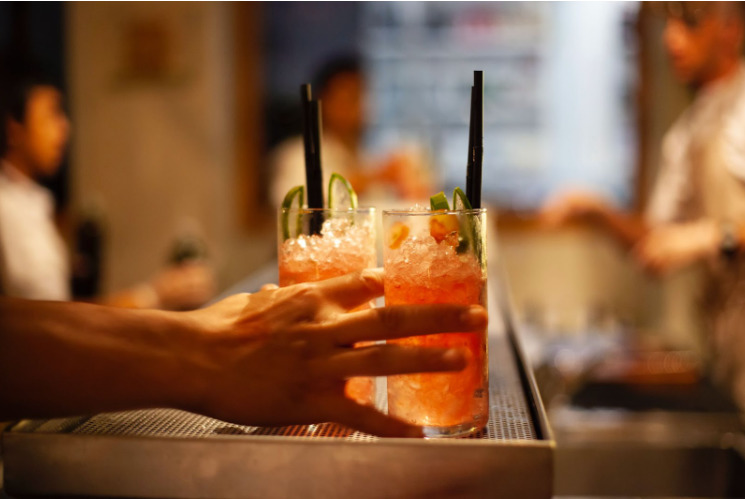