Twitch Vs. YouTube: Which Platform is Better for Streaming? 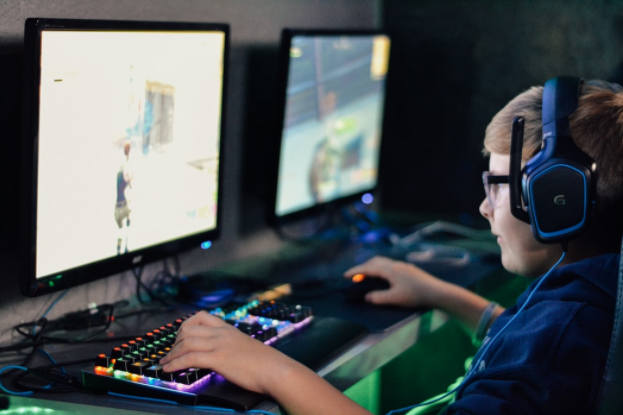 Twitch and YouTube are both major platforms for gaming. Whilst the two sites provide their users with many similar features and functions, there are huge differences between the two, which affects how streamers and gaming influencers connect with their audience and monetise their videos. Twitch is a site that is renowned for its live broadcasting attributes, where streaming is the primary feature. YouTube is widely recognised for producing an array of videos, however, streaming is rapidly on the rise. Whilst Twitch and YouTube are great for streamers, there are several options to consider which one is the better platform.

Take a look at the following comparisons of Twitch vs YouTube gaming to settle the debate as to which platform is best for streaming.

Both Twitch and YouTube offer easy access to a variety of platforms such as PCs, mobile devices, and games consoles. However, there are also a number of differences between the user interface and stream quality of the two platforms.

Twitch’s user interface is simple and easy to navigate. All browsing options on Twitch are located on the left side of the screen, and the actual stream occurs front-and-centre of the screen. However, choosing the stream quality on Twitch is fairly vague. For example, ‘medium’, ‘mobile’ and ‘source’ are the only available options for choosing the stream quality, which can be confusing for viewers. Elements that are present on YouTube such as the ability to pause and rewind streams are non-existent on Twitch. This means that Twitch viewers must wait an hour after a stream is uploaded to have the option pause and rewind a stream.

YouTube’s user interface is also simple and straightforward. Channel subscriptions and streams are available on the left side of the screen, with the main interface including options to view recommended videos, search new videos and channels. YouTube’s stream quality is also considerably more advanced than Twitch. The platform provides its users with the option to stream videos in 4K, and its stream quality options are direct. For example, users can opt for 480p and 1080p. On the other hand, YouTube’s display is more cluttered than Twitch as it visually takes up more space.

Twitch’s audience is significantly larger than that of YouTube gaming. This is because Twitch is specifically designed for streaming video games, so the site naturally attracts a wider audience. It is also easy for Twitch viewers to find new streamers based on the video that they are watching. For example, Twitch’s algorithm may recommend Call of Duty: Warzone to a viewer who enjoys watching Counter-Strike: Global Offensive. Whilst Twitch is excellent at finding new content for viewers to watch, it is not great at alerting viewers when streams are going live. This means that many viewers can potentially miss out on watching a stream.

YouTube is a great option for those that wish to connect with existing audiences. This is because YouTube notifies a streamer’s subscribers when they are going live. However, streaming on YouTube vs Twitch demonstrates that YouTube is heavily focused on YouTube stars with massive audiences rather than catering to smaller channels. For example, the number of streams on YouTube is determined by the number of subscribers. When it comes to Twitch, smaller streamers are likely to be recommended to new viewers, which makes it easier to build an audience.

In this category, Twitch appears to be the best platform.

Twitch is great in the sense that users can set up donation links to earn a larger income. Prime Gaming allows for streams to be monetised through ads and donations, but this is only possible by becoming a Twitch Affiliate or Partner. A Twitch Affiliate is required to have reached 500 minutes of streaming over 7 days in the last 30 days. An Affiliate also needs a minimum of 50 followers and 3 viewers on average. A Twitch Partner is required to have 25 watch hours over 12 days in the last 30 days. A Partner also needs an average of 75 viewers.

Many gaming influencers such as female Twitch streamers benefit from ads and donations by building a close-knit community of followers.

Ultimately, it is slightly easier for videos to be monetised on Twitch.

There is no easy way to settle the debate between Twitch vs YouTube gaming. Deciding which platform is best is entirely dependent on the size of your audience and your goals for streaming. There are a number of contributing factors of the best gaming platform. If your main goal is to grow your audience, Twitch offers many opportunities to reach new viewers. However, if your primary objective is to increase your engagement with your audience, YouTube is a great choice.