Music Influencers: Who Are They And Where to Find Them 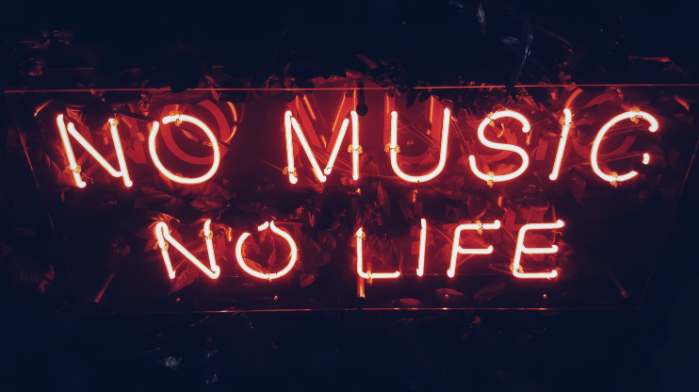 Music is universal, so it is something that everyone, everywhere, enjoys on a daily basis. With genres ranging from rock to R&B, it is no wonder that music influencers have a powerful presence on all social media platforms. The world’s best music influencers and artists are among the most followed people on networks such as Instagram and Twitter.

Music streaming services such as Spotify and YouTube are some of the most popular ways for fans to listen to their favourite musicians. However, music videos and songs are not the only appeal of influencers. It is common for fans to enjoy keeping track of the lives of their favourite artists through social media. Most celebrity influencers also engage with their audiences by posting wide-ranging content that followers can find relatable. They showcase their ventures from talk show appearances to film roles on their social media accounts. For example, singer, Rihanna, is known for endeavouring into fashion and beauty, creating her own successful lingerie and makeup collections which are frequently promoted on her Instagram account. As a result, brands that work with musicians in the entertainment industry have created opportunities to amplify brand awareness and receive high user engagement. The strong online presence of these celebrities is highlighted through receiving millions of likes on sponsored content, performances and event appearances.

We have noticed that the top music influencers primarily come from North America, with some of the biggest music influencers on Instagram being Selena Gomez, Beyoncé, and Taylor Swift (they have over 500M followers collectively). Although celebrated for their talent, North American artists dominate the music industry. This makes it tough for music influencers outside of the western world to receive global recognition. On the other hand, within recent years, the music industry has evolved to become more inclusive of international music influencers. Genres such as reggaeton have become part of western culture thanks to musicians such as Daddy Yankee and J Balvin, who have both broken viewer activity records on YouTube. These artists have a huge effect on music listeners across the globe, proving that music transcends language and can be appreciated anywhere.

Want to know who the top music influencers are and where to find them? Here is a list of artists who are loved by the world. 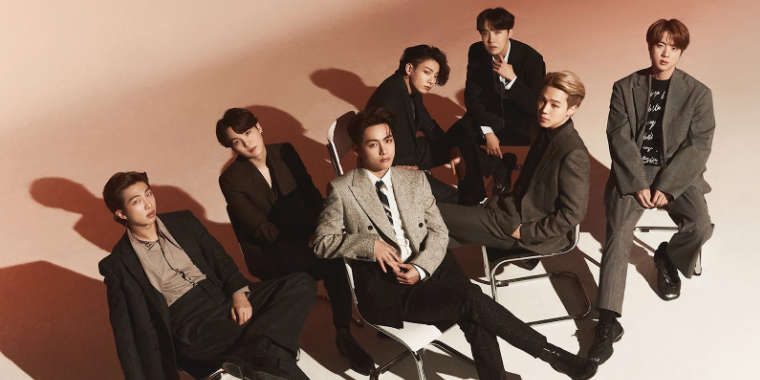 BTS is a K-pop boy band consisting of 7 members: RM, V, Jin, Suga, J-Hope, Jimin and Jungkook. They are currently taking the world by storm, becoming the first K-pop artists to receive a Grammy nomination (for Best Pop Duo/Group Performance). They are recognised globally for their artistry and array of talents including songwriting, producing, choreography, and vocals. Although their songs are mainly in Korean, they are known for having a loyal, worldwide fan base called ARMY.

BTS has broken numerous records in the music industry, making them powerful music influencers. Their latest hit single, ‘Dynamite’ (also their first single in English), became the most viewed video on YouTube in 24 hours with 101 million views. They also beat The Beatles’ record for the number of No.1 albums received in less than a year. After selling out world tours in cities like London, Paris and Sāo Paulo, the group has been applauded for maintaining their hardworking attitude and humbleness.

The group has also ventured into other areas, collaborating with LINE Friends to create their own characters – each character representing a different member. These characters are available in merchandise from plush toys to phone cases. They have also released a mobile game app, BTS World, where fans can play the role of their manager throughout their career. With 36.4M Instagram followers and 32.3M Twitter followers, fans can enjoy their varying personalities through their posts of selfies and videos which show their personal lives. 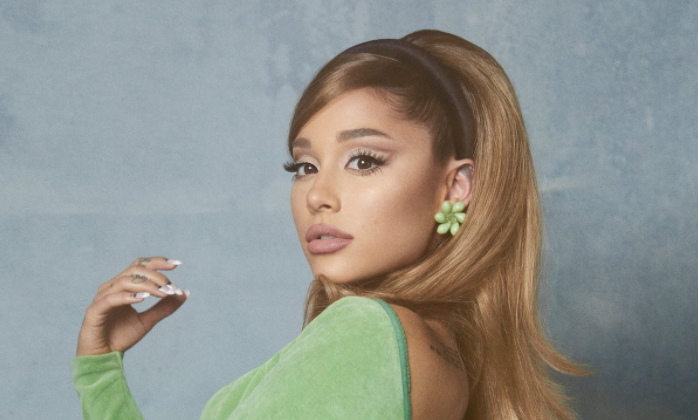 Image sourced from The Harvard Crimson

US pop sensation, Ariana Grande, is proving to be unstoppable. She is one of the most streamed female artists on Spotify. Her songs, ‘7 Rings’, ‘Thank U, Next’ and ‘Side to Side’ are just a few of her most popular hits. Since transitioning from acting in the Nickelodeon show, Victorious, to her debut single, ‘The Way’, Ariana Grande has received millions of fans across the world. Her voice has been compared to icons such as Mariah Carey, for her impressive vocal range and whistle register. Her new single ‘34+35’ has been turned into a dance challenge on TikTok, where millions of users are showing off their dance routines to the track.

With 217M Instagram followers and 81.2M Twitter followers, Ariana Grande is one of the leading music influencers on social media. Her fans can find photos of the star on her Instagram account. Her trademark image of a high ponytail and 50s-inspired fashion has gained worldwide attention, with many fans emulating her look.

Image sourced from The Guardian

Benito Martínez Ocasio, better known by his stage name, Bad Bunny, is a Puerto Rican singer, rapper and songwriter. His music conforms to the genres of reggaeton and Latin trap. After his music gained attention on Soundcloud, Bad Bunny has become one of the most famous Hispanic singers of all time. He is currently the most listened to artist on Spotify with 8.3 billion streams on the app. His singles ‘Dakiti’ and ‘Yo Perreo Sola’ are some of his biggest hits. He has also featured on other Latin American artists’ singles such as ‘I Like It’ with Cardi B and ‘Mayores’ with Becky G.

Bad Bunny has 29.4M followers on Instagram, showing fans his playful personality by posting dance videos and pictures of himself in different costumes. His fashion sense has gained media attention, being recognised for his statement sunglasses. His signature style of wearing nail art has inspired men around the world to defy gender norms and embrace their femininity. 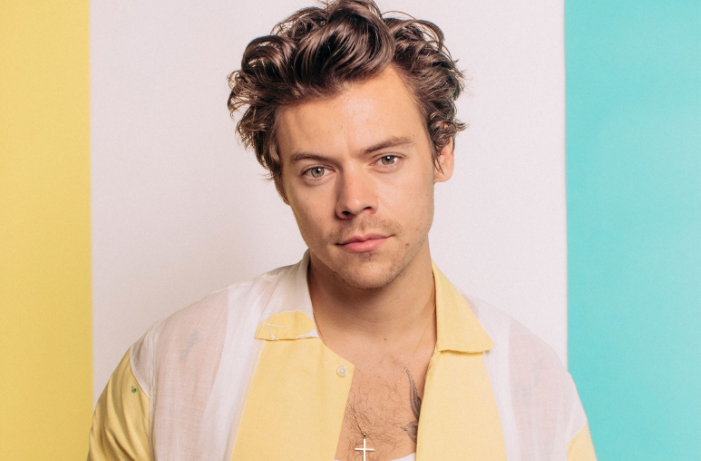 Harry Styles is an English singer and songwriter. His career started in 2010 after being placed in boy band One Direction on the competition show The X Factor. He began his solo career in 2017 and has since had 1 billion streams on Spotify thanks to his hit tracks ‘Adore You’ and ‘Watermelon Sugar’. His musical style has been described as having elements of soft rock and pop. Harry Styles has also spread positive messages of love during his concerts, coming up with the slogan ‘Treat People with Kindness.’ The slogan’s acronym, TPWK, has been seen across the world in cities such as Tokyo and New York.

With 35.9M Instagram followers, fans can enjoy photos of the star wearing flamboyant outfits. He has gained attention for his fashion choices, where he was captured wearing women’s clothing on the cover of Vogue. He often discusses his personal style, citing Prince and David Bowie as his fashion inspirations. 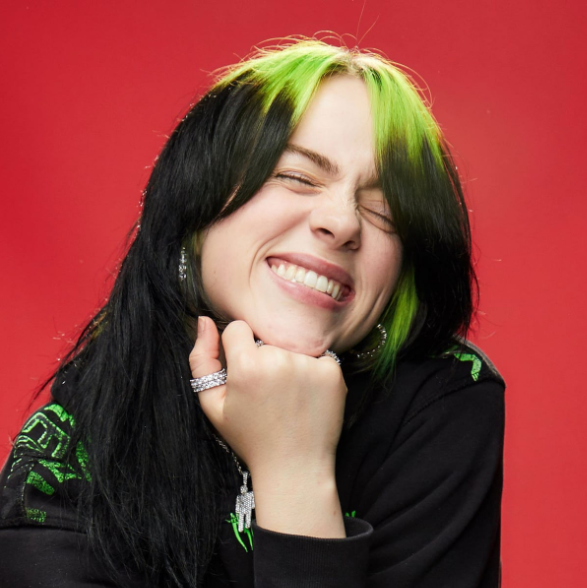 Image sourced from The Guardian

At just 19 years old, Billie Eilish is the world’s most streamed female artist on Spotify with over 49 million monthly listeners. Her most popular hit is ‘Bad Guy’, with its music video receiving 1 billion views on YouTube. The US-based singer and songwriter gained worldwide fame after releasing the single ‘Ocean Eyes’ in 2015. She won five Grammy awards in 2020, highlighting her as a dominant music influencer. Her vocals have been described as ethereal, with her style incorporating elements of emo-pop and indie-pop. She has an older brother, Finneas, who accompanies her with songwriting and often performs with her on stage with backing vocals and instruments.

Billie Eilish has 74.3M Instagram followers, where she posts her quirky outfits. She has gained worldwide attention for her outlandish fashion sense which consists of monochromatic and oversized designer fits. She is also known for regularly changing her hair colour, where she has experimented with colours such as silver and neon green.